Carla began playing hockey in the Chicagoland for AAA teams including Team Illinois, the Chicago Mission and the Chicago Young Americans, while double-rostering as captain of the Loyola Academy Girls Varsity Team. Her Junior and Senior Year of High School, she was a member of USA Hockey’s U18 National Development Program at the Olympic Training Center in Lake Placid, NY. Carla went on to play NCAA Division I college ice hockey at the University of Wisconsin-Madison for the Badgers. While attending UW, she coached Wheelchair Hockey and received the Badger Community Service Award. Carla also is a two-time National Champion – winning in 2009 and 2011 with the Wisconsin Badgers under former Olympic gold medalist Mark Johnson and with two-time Olympic gold medalists Meghan Duggan (captain), Hillary Knight, Alex Rigsby, and Brianna Decker. In her senior year, she earned the Senior Badger Award for the Most Inspiring Player.

Love Coach Carla! She is super inspiring and always great to talk to. Lots of awesome ideas and very supportive - thank you!
Lola Massey

After her time at Wisconsin, Carla went on to get her master’s degree in business communication at Northwestern University, all the while coaching at organizations such as the Chicago Young Americans AAA and New Trier Girls Varsity. Her Chicago Young American’s team went to USA Hockey Nationals. Carla also helped guide the New Trier Girls Varsity Trevians to the Amateur Hockey Association of Illinois State Championship in 2014 and they won a state high school championship at the United Center. In 2015, she completed the Madison Ironman. After grad school, Carla worked with a corporate recruiting agency as the North American Ice Hockey Recruiting coach.

We felt lost on how to handle college recruitment and were referred to Carla by a friend.

Right away she made a personal connection with us and went straight to work.   She is high energy, personable, knowledgeable, and gave our daughter the guidance she needed.  She has great connections and dedicates enough time to the process. She helped to put our minds to rest.

We would recommend her to anyone!

Currently, Carla also holds two positions -she is the Associate Head Coach of Roosevelt University’s Women’s Ice Hockey team, and she is also the Girls Director for USA Hockey’s Chicago Jets Hockey Club.  Carla is also employed by American International Sports Travel. She recruited three groups of elite female hockey players for international ice hockey tournaments and tours. The groups, representing the United States in their respective tournaments, went to the United World Game in Klagenfurt, Austria, and made stops in Germany and in Italy. In addition, in April 2019, she took an elite U16 group to the Lions Cup, in Helsinki Finland, making stops in Sweden and Estonia. The team was also able to witness an exciting overtime World Championship win, where many of their Olympic Female Hockey player idols, who were former teammates of Carla, greeted these hopefuls with smiles, autographs and photo opportunities. 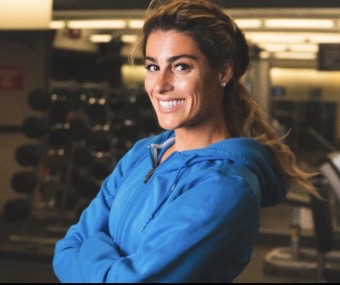 First and foremost my recruiting coach Carla Pentimone is amazing. She has guided me through so much with my recruiting process so far. Also, the connections made to all the different schools throughout  SHE is amazing.

Carla’s philanthropic endeavors include coaching for the Chicago Blackhawks Blind Hockey team. She is also a chair for a non-profit organization ICE- Inner City Education, where she mentors underprivileged children. Additionally, Carla is a Girls Committee Chair for USA Hockey and also gives presentations for USA Hockey to new aspiring coaches as a Coaching Education Program Instructor. Her favorite part about working for JDM is being able to assist student-athletes from all over the world reach their full potential. She wants to help student-athletes achieve their college hockey goals and to realize that success is a journey and not a destination along the way.

NPS Survey Completed, score: 10, score reason: Carla is wildly passionate about her job and very helpful and caring in trying to promote Daniel Klatt to the Highest Level of hockey possible. She takes the time to help explain how the program works and how to effectively use the tools. Highly recommend Carla!!!